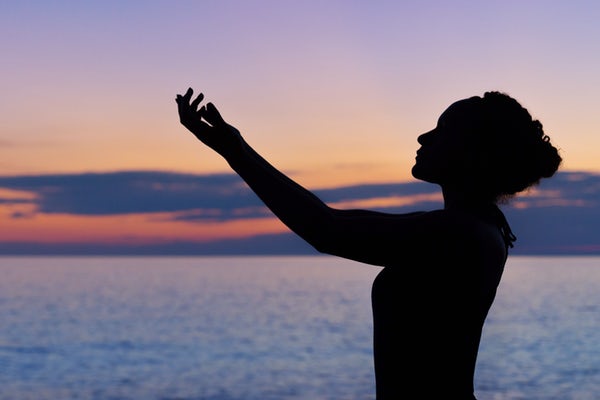 Mindfulness, meditation, being present, body scan, spaciousness, loving-kindness:  Terms mainstreaming in our society, do individuals truly understand what they suggest and entail? Or are these expressions fast becoming trendy lingo, their fundamentals and intended connotations lost in translation? Are the real effects and benefits of cultivating mindfulness muddled in misinterpretation?

FROM WHENCE IT CAME

The concept of mindfulness has been recognized for thousands of years across many cultures. Commonly, though, it’s associated with Buddhist tradition wherein “mindfulness” is a loose translation of the Pali word Sati: first of Seven Factors of Enlightenment. Sati also conjures interpretations such as “memory of the present” and “recollection.” Spot similarities?

MINDFULNESS ARRIVES IN THE WESTERN WORLD

In contemporary times, the establishment of mindfulness as a secular practice in the Western world is attributed to Jon Kabat-Zinn, Ph.D. This MIT-trained, molecular biologist grew passions for meditation and Buddhist philosophy during the 1960s. Fervor-fueled research and personal exploration yielded eye-opening information. With support from like-minded peers, Kabat-Zinn identified distinct connections between mindfulness practice and improved health, legitimizing links between spirituality and medicine. Due credit earned, Kabat-Zinn remains a standout figure among his contemporaries.

Opening the door for practical applications of mindfulness, in 1979, Kabat-Zinn founded the Mindfulness-Based Stress Reduction (MBSR) Clinic and, in 1995, the Center for Mindfulness in Medicine, Health Care, and Society at the University of Massachusetts Medical School. His MBSR program spawned courses worldwide, within which individuals are guided through the what’s, why’s, and how’s of mindfulness. During a typical 8-week course, students learn mindful- meditations, eating, walking, yoga, and body scans, as they prepare for lifelong practice. More than simply a method, mindfulness is a way of being in the world. And it can be incorporated into virtually any facet of modern-day life.

‘Stress reduction’ describes merely a sliver of the value of mindfulness practice. Its benefits range from intangible to tangible, substantiated by measurable changes in brain physiology.  Countless testimonials from both scientists and laypeople assert alleviation of anxiety, pain, improved heart health, and generally enhanced well-being. Considering the increasing interest in mindfulness, grasping it in simple terms is the easiest first step.

Measurable changes in brain: Research findings can be found in numerous medical journals and publications online and in-print, including https://www.ncbi.nlm.nih.gov/pmc/articles/PMC3004979/

Julie Pearl  volunteers as a freelance writer and editor. She has contributed content for small businesses, including organizations that address female audiences and speak to different facets of women’s empowerment and well-being. Julie’s passions lie in supporting awareness of and pro activity in matters of mental and physical health. Also a poet, Julie’s work appears in several literary journals.