As this is Women’s History Month, I was asked to write an entry on a woman I admired. I thought, “Just one?” and “Does she need to be an historical figure?” I googled “unsung females,” “women warriors,” “cool chicks,” “invisible women” and many more.

Women I considered writing about included:

Why: Breaking the glass ceiling and showing the world who’s boss.

Why: Speaking truth to power.

Why: Pursuing curiosity beyond limits.

Melissa McCarthy, actress, Mike & Molly, Bridesmaids, Can You Ever Forgive Me?

Why: Making us laugh, especially at ourselves. There is real honesty, pain and love in comedy.

Why: These ladies fought for freedom. How can you not admire them? They show what true bravery is. Fighting for what they believe in, while fighting for the right to do just that.

There truly are so many, many more women in history and in our current day that merit celebration, adulation and emulation. I cannot possibly compile a comprehensive list.

What I do know is this: Women have contributed mightily to our society and culture, including women who have become famous and women who have not. In our pedestrian, everyday lives, women make a difference to those around them, often unnoticed and uncelebrated. It’s high time we celebrated our own contributions. That requires a regular practice of not minimizing our efforts, not making ourselves small, not remaining silent and not being content with what is.

In celebrating Women’s History Month as a way to lift all our voices, we are not just honoring ourselves, but contributing to a fuller expression of our society, for without the contributions of women, we simply cannot exist as a people. What we are doing, then, is profound: We are allowing our societies, our families and ourselves to become whole. 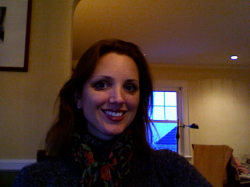 Lauren Mullen
Lauren Mullen is a corporate regulatory attorney with 30 years' experience. She has held roles in the government as well as private sector. She is currently Senior Cash Equities Counsel for JP Morgan Securities LLC. She is passionate about writing and dreams of living in the Berkshires in western Massachusetts.