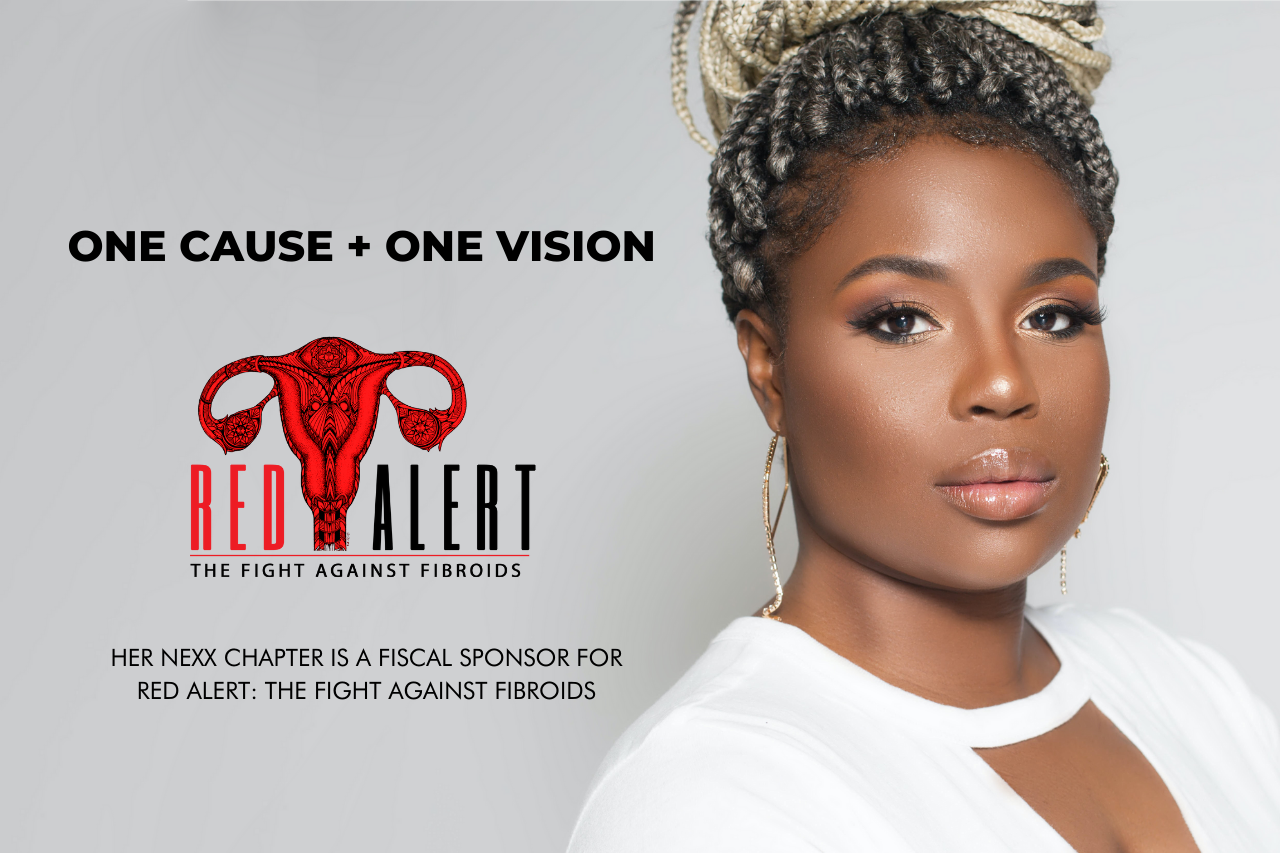 Her Nexx Chapter, a virtual community giving women the ability to connect, explore and transform, is partnering with Taylor Productions and Erica Taylor as a fiscal sponsor for her upcoming documentary film: Red Alert: The Fight Against Fibroids.

The film was inspired by Erica’s own experience with severe fibroid pain and the consequences that come with it. It follows Erica’s documented fibroid journey over the course of several years and details the emotional and physical effects of fibroid treatments and infertility that women face daily.

During a routine trip to her OB-GYN in 2008, Erica had made the decision to be fitted for a popular birth control device to regulate her unpredictable periods. However, while being fitted for the device, Erica was left in excruciating pain. After being dismissed by her physician and told that some women aren’t able to wear IUDs, Erica decided to seek out a second opinion. It was through this decision that she was diagnosed with multiple fibroid tumors and marked the beginning of a decade full of treatments, surgeries, endometriosis and a trip to the intensive care unit.

Red Alert: The Fight Against Fibroids is a film that hopes to bring awareness and give identity to the thousands of women suffering from fibroids. The movie aids in achieving this goal through thoughtful interviews and artistic production while also presenting cutting edge research from accredited scientists. The documentary will inform women who may be at risk of fibroids or are considering hysterectomies without the proper education with crucial information about their options.

According to research, over 70 percent of all women have fibroid tumors and 80 percent of African American women will be diagnosed with fibroids by the age of 50, they will suffer from symptoms the most. In addition, those who are potentially affected most by uterine fibroids include black women of childbearing age, women with a family history of fibroids, some teen girls who are experiencing unexplained heavy monthly bleeding and women who have undergone unnecessary invasive life-threatening surgeries.

Erica L. Taylor (a.k.a. Erica Taylor Davis) is an African American female Impact Producer who has been known for her previous projects including “Unsung” (2008), “Unsung Hollywood” (2014) and “The Invisible Vegan” (2019). She focuses on projects around the needs and disparities that exist among women and minority communities.

Erica is the owner and Executive Producer of Taylor Productions and began her entertainment career in 2003 as national producer, associate writer and on-air talent for the Tom Joyner Morning Show. Erica also serves as an advocate for women’s reproductive health under the Red Alert brand and as the National Ambassador for the Fibroid Fighters Foundation and the USA Fibroid Centers.

“Red Alert” is continuously raising monies for the film finishing fund from potential donors. Donations may be tax deductible.

Through the film’s donations, “Red Alert” plans to help the Her Nexx Chapter Organization build on their goal to prepare women for the changing phases of life in the areas of health and wellness. With increased visibility, Her Nexx Chapter can continue to provide its members with free resources, opportunities and information to enrich their lives and navigate a work-life balance through community.

Red Alert: The Fight Against Fibroids has plans of being released in early 2022.

All checks/wire transfers must be made payable to: Her Nexx Chapter Organization (you MUST indicate “Red Alert Fibroid Movie” in the memo section).

Beyond My Imagination Podcast: 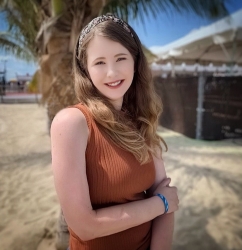 Megan Thompson
Megan Thompson is a resident of Sayreville, New Jersey holding both a Master’s and Bachelor's degree in English as well as an Associate's in Journalism. Currently, she is an AmeriCorps member working as the Volunteer Resource Coordinator out of Montclair State University in addition to being a freelance writer for The Pop Topic. She has experience in editing, reporting and writing and in her free time she enjoys spending time with her family and dog, reading and writing as well as doing outdoor activities, such as hiking and kayaking. She is an advocate for women's rights as well mental health and enjoys making important and powerful connections to those with whom she crosses paths.