Condoleezza Rice: Breaking Barriers with a Spirit of Excellence 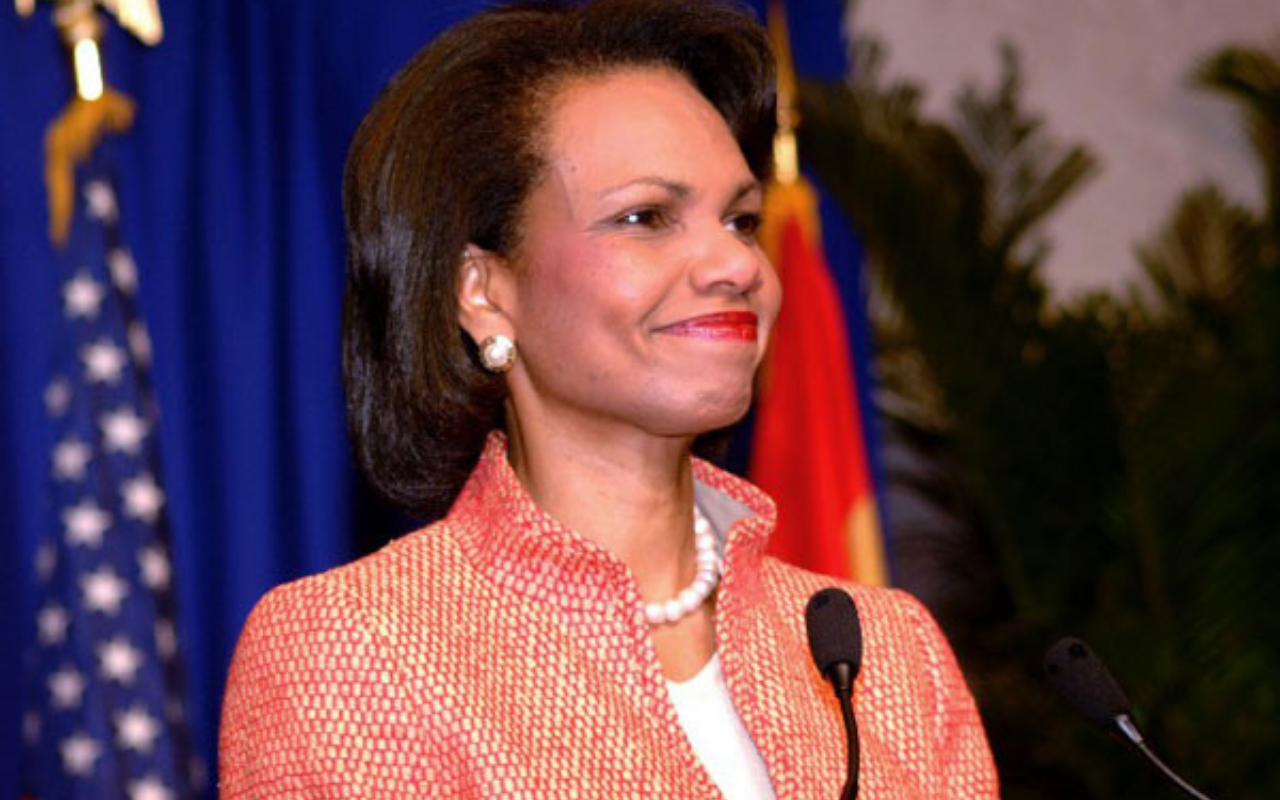 Condoleezza Rice was born in Birmingham Alabama on November 14, 1954. Her father was a guidance counselor, her mother was a teacher, and she was their only child. Her name was derived from the Italian con dolcezza, a musical term which means “with sweetness.”

Rice grew up in the midst of the Jim Crow-segregated racism of the south. When she was 13, her family moved to Denver. A bright student, she skipped the first and seventh grades and graduated from high school at the age of 16.

In 1981 she graduated from the University of Denver with a Ph.D. in political science, and shortly thereafter she became an assistant Professor at Stanford University. She was promoted to associate professor in 1997.

She enjoyed a successful teaching career and received various awards and was selected as the Provost of Stanford in 1993, making her the first woman and African American woman to hold this position.  During this time, the University had a $20 million deficit. Rice took on the responsibility of her role, and two years later announced the deficit had been eliminated and the university was holding a record surplus of over $14.5 million. At this time, she also co-founded the Center for a New Generation, an after-school program for underprivileged students.

While teaching, she pursued a career in politics and in 1989 she advised President George H.W. Bush’s administration on Soviet Union affairs. In 2000 she was appointed the National Security Advisor under George W. Bush, and in 2004, was selected as Secretary of State of the United States, the first African American woman to hold this position.

In this role, she worked to promote global peace and placed American diplomats throughout the Middle East where there were issues of major strife. She also facilitated peace talks with other countries and deemed her style of diplomacy as transformational.

In 2009 when her appointment of Secretary of State ended, she returned to teaching and has since published several books including two autobiographies. She currently works at the Denning Professor of Global Business and Economy at the Stanford Graduate School of Business and serves on the board of several companies.

In 2012 she became one of the first female members admitted to the Augusta National Golf Club, an organization that excluded women for 80 years.

Rice never married or had children but continues to play the piano and golf in her leisure time. She currently resides in Washington, D.C.

Over her accomplished career, she has been a beacon of change, diplomacy and peace. And through education, dedication and service has secured her legacy in American history.