The Origins and Traditions of New Year’s Eve 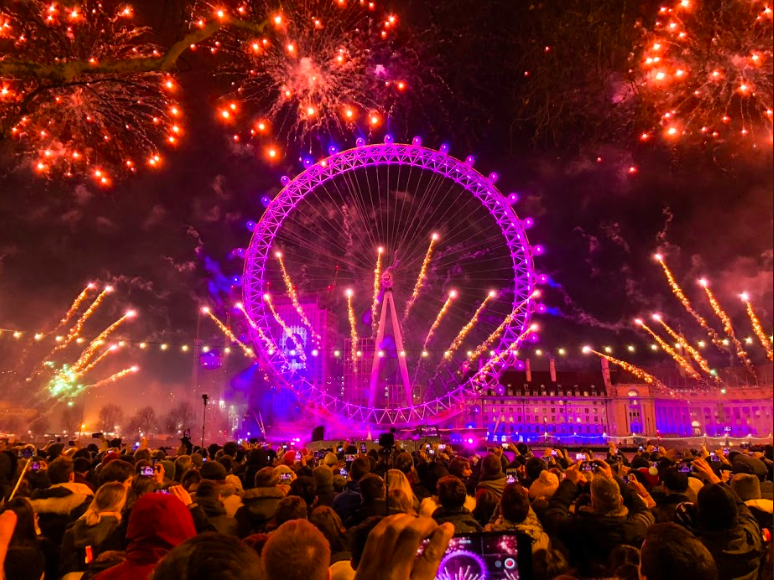 New Year’s Eve. December 31. Time to say goodbye to the old and welcome the new. Someone once asked why we should celebrate since your car is now a year older and any clothes you purchased in the former year are now last year’s fashions. New Year’s resolutions probably last as long as the old evergreen tree when people forget to water it after celebrating Christmas. A plethora of traditions surround welcoming the new year while bidding farewell to the old, but where did they come from and why is this a holiday?

The Times Square ball drop in New York City could be described as one of the most famous New Year’s Eve traditions. What events brought this to us? Fireworks originally welcomed the new year starting in 1904 accompanied by the chiming of the bells of Trinity Church in Manhattan, but problems arose as hot ashes fell to the streets and landed on buildings. In search of a new celebration Adolph Ochs, the publisher of the New York Times, asked Walter Palmer, the Times’ chief electrician, to devise an attraction to draw the crowds. Inspired by the maritime tradition of dropping a time ball to allow sailors at sea to adjust their chronometers, Palmer created the now famous crowd-pleaser of dropping a lit-up ball on New Year’s Eve.

Traditions aimed at bringing good luck in the new year involve eating 12 grapes just before midnight or eating beans (including the American southern tradition of consuming black-eyed peas) on New Year’s Day because in ancient times people believe beans resemble coins and would herald future financial success. Resolutions for better behavior or habits go back to the Mesopotamians who promised their gods they would do better in the coming year in order to incur their favor and avoid their wrath. In the Netherlands, Mexico and Greece ring-shaped cakes and pastries, a sign that the year has come full circle, complete the New Year’s Day feast. In Sweden and Norway whoever finds the almond hidden in rice pudding should be rewarded with 12 months of good fortune.

But New Year’s Day hasn’t always been on January 1. About 4,000 years ago the Babylonians announced the new year in the spring with the new moon following the vernal equinox. The early Roman calendar consisted of 10 months and 304 days, but as time passed the calendar no longer followed the pattern of the sun. In 46 B.C. the emperor Julius Caesar decided to solve the problem by introducing the Julian calendar, which closely resembles the more modern Gregorian calendar used by most countries around the world today. When the calendar changed, January 1 became New Year’s Day which also honored January’s namesake Janus, the Roman god of beginnings whose two faces allowed him to look back to the past and forward into the future.

Christians in medieval Europe changed the date from January 1 to days with more religious significance selecting December 25 to recognize Jesus’ birth and later March 25 to correspond with the Feast of the Annunciation. Pope Gregory XIII reestablished January 1 as New Year’s Day in 1582.

Whatever people may do, give up or drink in celebration, the concept of “Have a Happy New Year” gives folks a chance to start anew once again.