What Would You Give Up?

Sitting down to write my very first blog, many topics are swirling through my mind that could lend themselves well to this endeavor. Where to begin? What is the outcome this article should achieve? The second question helps me focus my thinking.

Waking up one morning in the spring of 2015, I did not realize that my journey to become a better leader of myself would officially begin. Retired U.S. Army Colonel Allen Forte and I were scheduled to lead our first Performance Intensive together, but other than that this Wednesday seemed like any other day. Allen is an extraordinary person and leader. I was a bit nervous that people might compare me to him and find me a bit lacking. Yes, we can be our own worst enemy…

Twenty-seven executives were seated in a horseshoe arrangement for the day when Allen began to ask each of them, “What would you give up to become a better leader?” One by one each responded with answers ranging from “sleep” to “impatience,” from “email” to “power” and so on. Was kind of hoping that Allen would skip me when I heard, “Ok, Miss Dare, what would you give up?” My heart skipped a beat. I looked up and suggested, “Control?” To my shock, Allen replied, “That is a great one for you. You are a control freak!”

Sitting there stunned and feeling the heat rise to my cheeks, it was clear to me that someone who I admired very much saw me as very controlling. Further, it was obvious by how he said “control freak” that this was not a good thing.

If you know a controlling person, or if you are one, then you also know that the last thing control freaks want is to be seen in a negative light. This stems from a lack of self-assurance. In fact, to ensure that people see us the way we think we should be seen, we often try to control our environments and even the people in them.

Unmasked in front of the folks I was hoping would see me as accomplished and wise, images of yellow post-it notes on tables before parties and dinners my mother would host flashed through my head. At around age 13, I asked my mother, “Mom, why do you place post-its around before guests arrive?” She said simply, “To help people help better.”

While trying to regain my composure at age 47, it occurred to me that who my mother was helping was herself by ensuring everything was placed exactly where she wanted it. This realization prompted two questions: 1) How was the desire to control my surroundings and the actions of others affecting my relationships? and 2) How was prioritizing my self-interest impacting my decisions and ultimately results?

Faced with the discovery that being aware of something limiting about myself was not enough and a suddenly deeper understanding that my controlling nature was impacting people in negative ways I had not considered – or even worse –  had not cared enough about to see or change, I decided in that moment to overcome this limitation and become better.

Later that day, I ventured bravely into unusual territory and asked for help. “Allen, what could I do to not be a control freak?” He responded that it wasn’t a matter of doing something but rather of becoming someone better by being less controlling.

Allen then began to share about how the Army taught Rangers how to jump out of airplanes. “Believe me, Dare, the last thing you want to do is to jump out of a perfectly good airplane. Your instinct is to tighten up, curl into a ball and hope for the best, but that just makes you denser, causes you to fall faster, and increases the likelihood you will land on your head.

Instead, you learn to leap into the air with arms and legs spread out, so that you can feel the wind and make adjustments along the way. Know where you are going and do not be attached to how you get there. Be like cotton riding on wind – you will land pretty close to where you want to be and most importantly on your feet.”

“Be cotton” ignited my perspective and became my mantra. Over time and with intentional development of myself – including discovering purpose that enabled me to become more self-assured, I began to successfully overcome my controlling nature before others had to overcome me.

Today, when people who have only known me for the last couple of years hear this story, they find it hard to believe that I was a control freak. That is progress! Becoming less controlling has improved my relationships in all areas of my life and has drastically improved my ability to achieve predictable, repeatable and sustaining success.

Desiring to improve who we are often begins with a transformational moment – a spark of inspiration. Developing who we are begins with the decision to become better produced by a willing heart and mind. Intentionally stoking our internal flame so that we actually become better people requires determination and consistent nurturing over time.

Decide to begin or continue Her Leader Journey today. Develop who you are by participating in our program and discover how to transform your thinking, improve your ability to self-develop, and remove limitations that hinder your personal and professional effectiveness.

Become a better leader of yourself so that you can be a better leader for others – family, teams and organizations. You are welcome to join us on the 2nd and 4th Tuesdays at 6:30 pm CT beginning on July 14. Please register for Developing the Person of a Leader here. 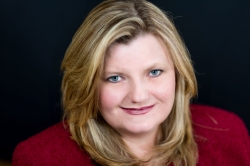 Dare Rosebery
Virtual Coach at Her Leader Journey
Dare Rosebery has enjoyed developing people and companies in the US and Europe for more than 20 years. Galvanized by the vision of uncommon leaders self-developing who they are and thus inspiring others to transform, Dare joined People Programs Group in 2015. PPG designs and leads programs for people and organizations which get beyond learning about leadership to developing the person of a leader who can achieve predictable, repeatable, consistent, and sustainable success in all areas of life.