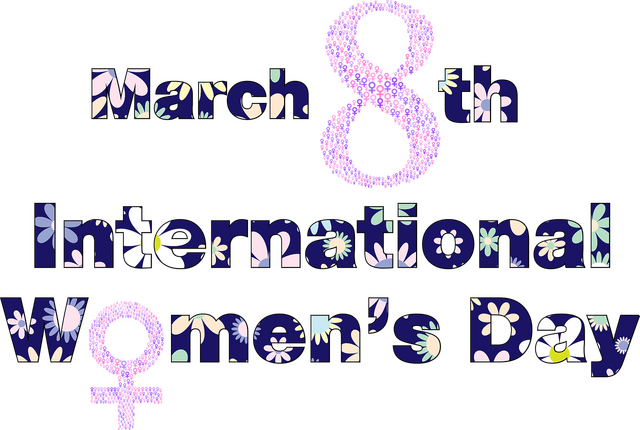 It was also the year when countries came together, for the very first time, to celebrate International Women’s Day.

In a world where most nations still denied women the right to vote, this event was less a casual celebration and more a symbol of revolution. Society was venturing off into uncharted waters; it was taking a conscious step forward by placing gender at the forefront of the collective agenda.

Today, on March 8, countries around the world will be celebrating International Women’s Day (IWD) for the 110th consecutive year.

For over a century, people across the globe have chosen to dedicate a day to collectively celebrate the “social, economic, cultural and political achievements of women.” Initially, the celebration revolved around issues concerning “women’s right to vote and to hold public office, the right to work, to vocational training and an end to discrimination on the job.” Today, over one hundred years later, most of these matters continue to afflict the lives of countless women.

This, unfortunately, has only worsened during the COVID-19 pandemic. A UN Women study reports that “gender poverty gaps will worsen as a result of the crisis” and that, during the past year, cases of violence against women have increased. In addition to this, women have taken on a disproportionately large burden when it comes to unpaid care and domestic work.

Around the world, women continue to suffer under the merciless hand of inequality as society fails to recognize that allowing women to reach their full potential is allowing the world, as a whole, to reach its full potential. As we collectively witness how half of the world’s population is constantly held back, gender equality seems more elusive and distant.

But it doesn’t have to be this way. And it is up to every one of us to change that.

This year’s IWD theme, “Choose to Challenge,” provides us with an invitation to pause and question our beliefs, to acknowledge where we might hold unconscious bias and mindfully choose to positively change the way in which we interact with others, to challenge the status quo and to stand against the gender norms that are so blatantly preventing women from moving forward.

This is, admittedly, no easy feat, but it is these challenges that bring about change and self-reflection and growth.

Today, we stand on the shoulders of those who have come before us and have had the bravery to challenge the status quo, those who decided to take on the burden of fighting for equality, sowing the seeds of change regardless of whether they would live to reap the benefits of their efforts.

On this, the holiday’s 110th anniversary, let us set aside the controversies behind the celebration or its perceived shortcomings and simply stop and honor the extraordinary nature of womankind. Let us celebrate the trailblazers—the Ruth Bader Ginsburgs, the Audre Lordes, the Maya Angelous, the Eleanor Roosevelts, the Oprah Winfreys, the Greta Thunbergs, the Malala Yousafzais—who have brought us one step closer to closing the gender gap.

Let us also, however, celebrate the heroines of daily life— the ones who, in an act of tremendous bravery, have had the courage to challenge the conformist ideas of those they hold dearest, the ones who openly question the plethora of gender stereotypes that are hindering women’s collective progress, the ones who speak up when someone insists on using “like a girl” as an insult, the ones who sow seeds of power in the hearts of young girls, the ones who suffer from multiple, intersecting forms of discrimination and choose to show up anyway, the ones who constantly acknowledge the achievements of their fellow women and, yes, the ones who stand up for womankind every day simply by choosing to be team players despite the fact that the game is so often rigged against them.

Let us honor, too, those who have been victims of gender-based violence and let us be a part of the efforts to ensure we can one day live in a world free of violence against women and girls.

Happy International Women’s Day to all women. May this celebration remind us to appreciate all the women in our lives, for they are all, completely and genuinely, extraordinary.

We all move forward when

we recognize how resilient

and striking the women