Honoring Their Courage and Commitment: Women Serving in Defense of Our Country 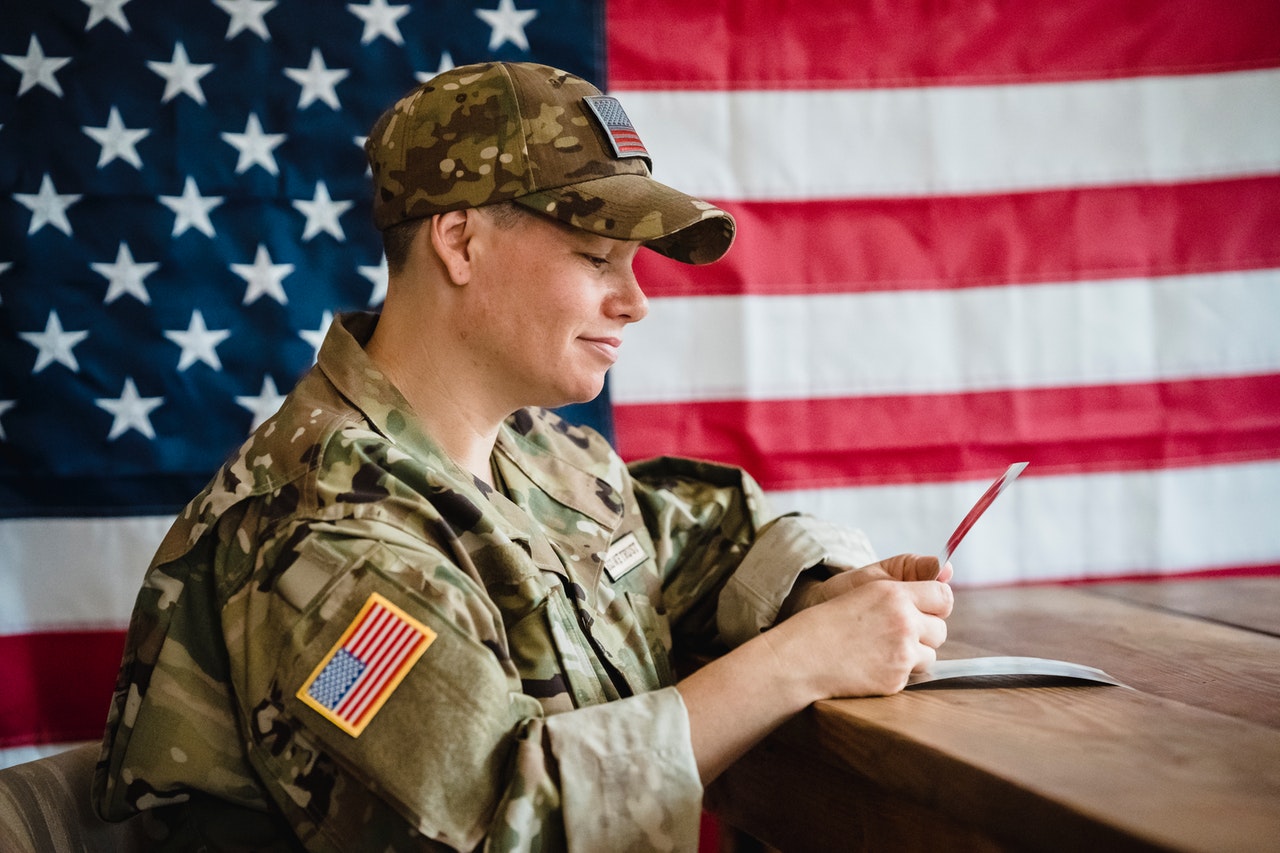 From the Revolutionary War, through World War II and the War on Terror, women have played a critical role in our nation’s military.

With her country engulfed in a calamitous war known as the American Revolution, Deborah Sampson, emboldened with a patriotic will to defend her developing nation, decided to enlist in the Continental Army.

During this period of time, until centuries later in 1948, women were explicitly barred from enlisting in the U.S. military. In order to circumvent this discriminatory policy that forbade her from participating in the defense of her nation, she dressed as a man and went by the pseudonym of Robert Shurtleff.

Against all odds, Sampson would go on to lead 30 men in an expedition against the British Army. Her heroism, along with her will to continue the fight, was best exemplified when she was wounded on the battlefield. After receiving a bullet wound to her upper left thigh, Sampson knew that a trip to the field hospital would result in the revelation of her true identity. While enduring excruciating pain, she removed the bullet from her thigh by herself under a cloak of secrecy.

After a year and a half of evading detection, her true identity was finally revealed. In recognition of her bravery and of her contribution to the war effort, she was given an honorable discharge and a full military pension.

Deborah Sampson was not alone in her willingness to stand in harm’s way to defend our country, as thousands of women have made pivotal contributions to our nation’s military. One such contribution, which perhaps best encapsulates a woman’s motherly instincts, has been their role as healers to their fellow wounded servicemembers.

Women as Healers of our Nation’s Wounded Warriors

“Every time America has gone to war, its women have gone too, sometimes shouldering a rifle, ‘manning’ the cannon, and—always—nursing the wounded.”

Her fingertips turning blue due to a lack of oxygen, and with her hands shaking uncontrollably in the unheated and unpressurized cabin of a C-47 airplane, Major Agnes Zuverink Norman never backed away from tending to wounded service members. Norman was among 2,000 female flight nurses who tended to nearly 4,000 wounded troops that were evacuated by air each day during the Korean War.

Serving as a nurse during wartime was a task filled with many dangerous risks. During World War II, over 59,000 nurses served in the Army Nurse Corps. According to the Veterans Museum at Balboa Park, “Nurses had to cope with inadequate supplies and a lack of adapted clothing. Some came under fire, others were taken prisoner, and many had narrow escapes. Deaths were unavoidable due to hazardous duty.”

In addition to the risk of enemy fire and the possibility of being captured as a prisoner of war, nurses were regularly exposed to tropical illnesses and diseases—and the availability of antibiotics was limited at best.

While women have treated wounded soldiers for many millennia, traditional combat roles have often been reserved solely for men. During the last several decades, women have made monumental strides in helping to break down this superficial barrier.

It is important to recognize that biological differences between men and women, with regards to size and musculature, do exist. Unfortunately, these biological differences have wrongly been used to push disparaging stereotypes including those of alleged cowardice in order to bar women from participating in combat roles.

Yet the actual contributions of women in our nation’s military have proven that the existence of biological differences do not have any bearing on an individual’s level of courage, commitment, nor their ability to carry out combat roles in wartime.

Through the bravery exhibited by Sgt. Leigh Hester, who was the first woman in the U.S. military to receive a Silver Star for her role in direct combat in 2005, and by the leadership of Col. Stephanie Dawson who commanded the first female brigade, the legitimacy of women in combat roles could no longer be ignored.

In January of 2016, all military occupations officially became available for women. The sacrifices that were made by women in the U.S. military for generations had finally paid off.

Never again would women have to disguise themselves as men to serve in combat roles.

Never again would women have to restrict themselves to secondary roles far from the battlefield.

Never again would women be denied their right to participate directly in the defense of their nation.

Through the triumphs and sacrifices of countless women in history, women in the U.S. military have gained their legitimacy as fighters, heroes, leaders, and veterans. As of now, women comprise roughly 15% of all active-duty forces and 18% of all reserve forces—figures which were at one time inconceivable.

As women continue to break down barriers in the military, society must take down its own walls of how we envision our service members. Many people still envision our soldiers as being men. This view is not only unfactual, but it is also dangerous, as it may deter future generations of women from joining the military.

Much work lies in the road ahead of us, but we too—much like the brave women who served in our military—will break down barriers through our own courage, determination, and strength.