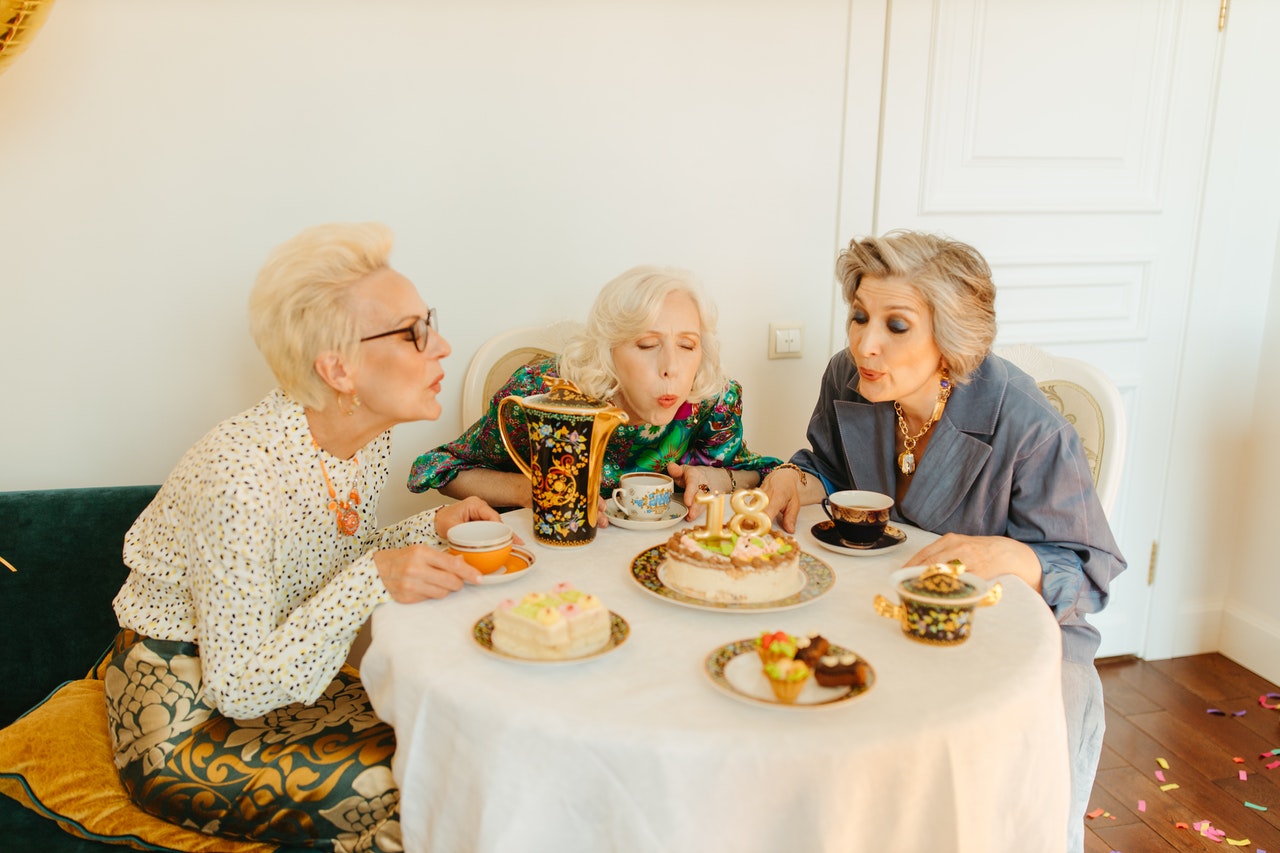 It could quite possibly be the only thing that everyone will agree on – we all want to eventually become “senior citizens” and live as long and healthily as possible.

Since there are so many, August 21st of each year is designated as World Senior Citizens Day. A remarkable holiday for sure!

Think about what today’s senior citizens, from people in their 90s and older to many of whom are known as the Baby Boomers after the surge in births after World War II, have lived through.

With people living in their 90s and even 100-plus now, they saw at least a part of the 1920s. Many of them saw Prohibition, the introduction of cars, radios and telephones (although many places did not have electricity or indoor plumbing then), a substantial growth in industry which meant families were leaving the farms for the cities where the factories were located because that work gave a regular paycheck, women “bobbed” their hair, and men shaved off their beards. Unions began to grow and protect the factory workers.

Moving into the 1930s the Great Depression took hold after the stock market crash in October 1929. People began to mistrust banks; they planted backyard gardens for food, they started to live on credit because they had no money to spend at the local store, and they witnessed the worse drought in American history as soil blew away and with it any hope of farming usable crops.

People in the 1940s saw World War II and Ferrari beginning to produce sports cars. The first Tupperware and Polaroid instant camera were sold. The North Atlantic Treaty Organization (NATO) was formed, and Great Britain created the NHS (National Health Service). Velcro was created but not formally patented until 1955. The Holocaust generated the horrifying concentration camps and the systematic state-sponsored persecution and genocide of the Jews by Hitler and the Nazis. The first nuclear bomb was dropped over civilian cities when the U.S. bombed Hiroshima and Nagasaki in Japan which ended WWII.

They knew the booming years of the 1950s when America was considered the best place on earth. Jobs were abundant, many owned their own homes, frequently the father worked, the mother was a stay-at-home mom, and they had family members who fought in WW II which brought a whole new meaning to their lives.

Then the 1960s appeared. That decade produced so much change that it is considered one of the landmark eras along with the Civil War and the Great Depression. At the beginning boys in school were not allowed to wear blue jeans, and they had to have their shirts tucked in. By the late 60s girls were wearing blue jeans and had gone through many years where their skirts were so short, they didn’t sit on the skirt material when they sat down. Luckily, pantyhose had become popular. Drugs had always been available in certain areas, but now they were everywhere, including school bathrooms. There was Woodstock. And the Vietnam War that produced Agent Orange and left many people with lifelong scars, both physical and emotional. Returning soldiers did not get the WWI vets welcome, instead they were called “baby killers” and spat upon. As if that wasn’t enough, people in the 60s lived through the human missile crisis, the assassination of a president (and his brother as well as one of the Black leaders of the civil rights movement) and finally saw men walk on the moon. And they were there for the birth of the Ford Mustang.

The 70s brought a huge recession and the microprocessor – the foundation of today’s computers – was introduced. Roe versus Wade legalized abortion, Bill Gates and Paul Allen founded the Microsoft Corporation, and Apple Computer was started by Steve Jobs and Stephen Wozniak. The movie Star Wars was released. Three Mile Island, Pennsylvania, has a nuclear power plant that started to melt down and release radiation into the atmosphere.

They saw Gerald Ford become the first president who was never elected to the presidency or the vice presidency after Vice President Spiro Agnew resigned (replaced by Ford) because of the investigation into the suspicion of criminal conspiracy, bribery, extortion, and tax fraud. President Richard Nixon’s illegal activities involved his knowledge and possible engineering of the break-in at the Democratic party national headquarters at the Watergate complex in Washington, D.C. The informant known as “Deep Throat” met with Washington Post reporters Carl Bernstein and Bob Woodward and made known the association of the president with the scandal. Nixon resigned after announcing, “I am not a crook.”

In the 1980s John Lennon was assassinated in front of his home in New York City, the wreck of the Titanic was found, the first case of AIDs was discovered, and MTV launched. The Equal Rights Amendment to the U.S. Constitution failed to gain ratification again. The Space Shuttle Challenger exploded after taking off from Cape Canaveral killing all seven aboard including a civilian New Hampshire school teacher, and Nintendo introduced the hand-held Game Boy. Pan Am flight 747 exploded from a terrorist bomb over Lockerbie, Scotland, killing 259 on board and 11 on the ground, and the first computer virus was reported.

After all of that, there was the Y2K worry about computers, including bank machines and supermarkets, as the world moved from 1999 to 2000 since computer programs were not written to accommodate “00” as the year after “99.” Also, in the 1990s the Cold War was declared over, but when one looks at the world today it is clear it is still intact, and a fear of WW III exists.

The senior citizens of today have had to learn to use mobile phones and social media, fly in airplanes with the tiniest seats imaginable, witness several presidents become impeached, and watch the tragedy that unfolded on September 11, 2001. They’ve lived in the best of times; they’ve lived in the worst of times.

Let’s recognize our senior citizens on August 21st and acknowledge that they are living longer and healthier lives. This important day gives us a chance to show our appreciation for their service, their dedication, their accomplishments and all they have given throughout their lives.