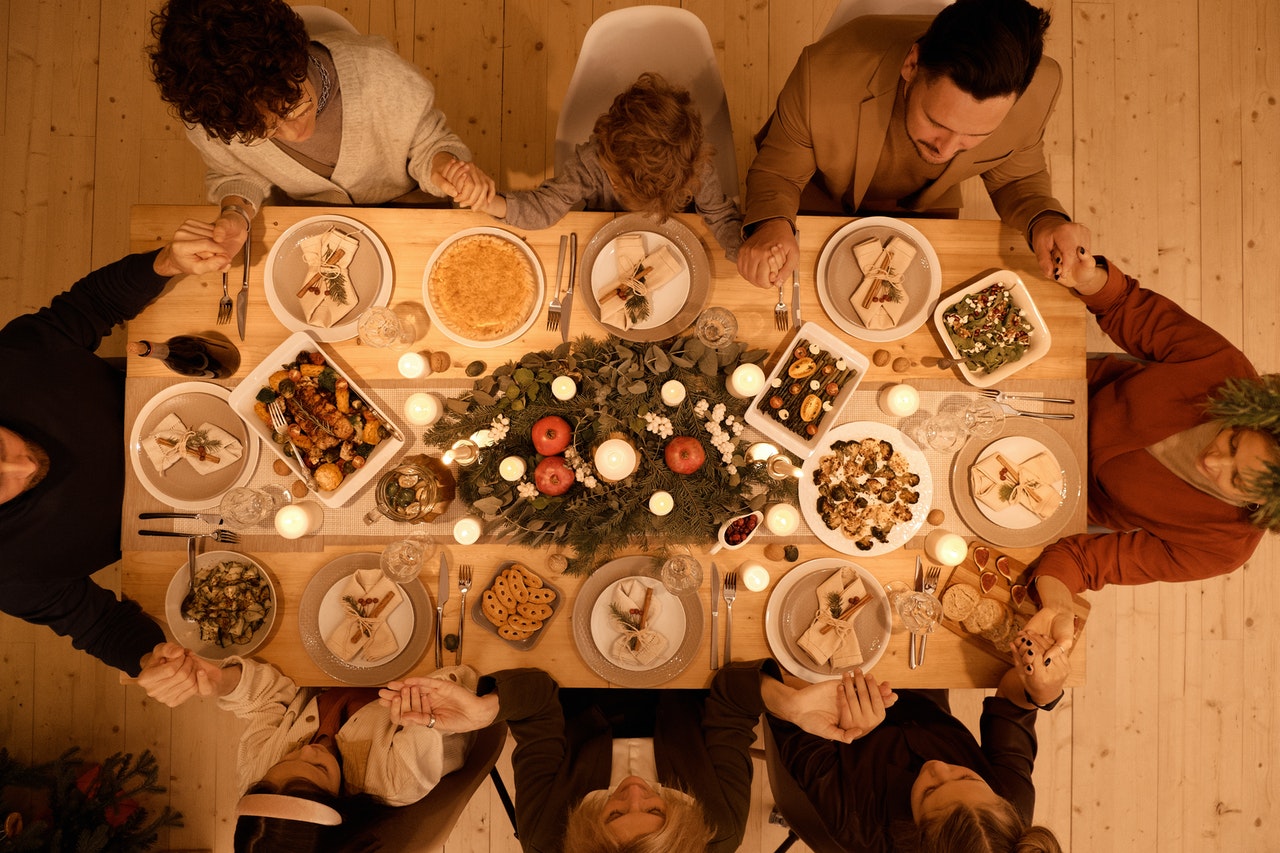 It all started because I wanted to lose a few pandemic pounds.

I’m not good at diets, so I picked up a book on mindful eating. One piece of advice jumped out. The author suggested a practice I gave up when I left home at 18 – giving thanks for my food.

With nothing to lose (except weight), I gave it a try. I never expected how quickly this simple change would ripple out into the rest of my day, helping me find a center of calmness, joy, and faith that stayed with me long after the dishes were cleared away.

I hated saying grace as a kid. With my belly rumbling and the aroma of homemade spaghetti calling my name, the last thing I wanted to think about was God. Even worse, we had to take turns praying aloud, improvising the words. I dreaded my turns. I never knew what to say.

For my new grown-up grace, I did things differently. Rather than struggle to make up words, I began with silence. I closed my eyes and took a single, mindful breath. Then I spoke a blessing, the same words every time: “Bless this meal and bless everyone who worked to make it possible.” I finished with another deep breath.

Like New Year’s resolutions, saying grace was easy for the first few days, when the habit felt shiny and new. As the days fell into weeks, though, the routine became more challenging.

For one thing, I didn’t start most meals at the table. I nibbled in the kitchen while I prepared the rest of the food. Sometimes I ate in the car, and I couldn’t close my eyes and take deep breaths while hurtling down the interstate. Often, I worked through meals, or (okay, I’ll admit it) I dug in while staring at my phone. Many times, I forgot about saying grace until halfway through the meal.

I decided that at whatever point I remembered, I would still give thanks. Over time the habit became more ingrained, and I forgot less often.

I didn’t track radical shifts in eating habits, but I felt more present at each meal. I appreciated my food more – the fresh green of romaine lettuce in a salad, the tanginess of my morning Greek yogurt, the scent of chili powder in Mexican-style beans. Eating became more of a pleasure, not just something I had to do to survive.

But what surprised me, even more, was how this simple practice transformed the rest of my life.

I had always viewed prayer and meditation as serious, time-consuming actions. To do them right, I thought I needed to silence the phone, close my eyes, and devote at least 20 minutes to the task. There’s value in a practice like this, but I have a busy life like everyone else. One session a day is the most I can squeeze in.

Once I realized how quick it was to bless my food before meals, I started using this same technique to center myself at other times, too. I took a deep breath and spoke a blessing before starting a new work project, checking in for an appointment, or driving. Each mindful pause brought peace to my day where there had been chaos. It slowed me down, calmed me down, and invited me to focus on the present.

My gratitude level increased, too. For me, there’s a strong connection between gratitude and mindfulness. The more I can stay in the moment, the more I’m aware of the blessings in my life.

I also grew in compassion. When I prayed, “Bless everyone who worked to make this meal possible,” I thought of the many, many people who labored so I could eat – from farmers and crop pickers to the pregnant mom at the grocery store cash register. I no longer took the food, or the food service workers, for granted.

I’ve been meditating for seven years. It was easier than I expected to find a centered place because I already knew how. But it doesn’t take a background in meditation to develop a habit of saying grace. It doesn’t require any particular religious faith either. Anyone can take a moment to be mindful and thankful. It takes much less time, effort, and skill than cooking a meal!

Some people like to speak the same words every time. Others prefer to improvise. The words we speak don’t matter as much as the thankfulness in our hearts. Sometimes my “blessing” doesn’t involve speaking any words at all. Simply taking a breath and appreciating the moment in silence is enough.

Recently an acquaintance described me as “serene.” Once I stopped choking on my tea, I realized she wasn’t making fun of me. She was responding to the new calmness she saw inside me.

I have a long list of abandoned spiritual practices and wellness habits. I forget to pray. I don’t jog. I’ve been trying to start yoga for three years now. But saying grace is a keeper. This small, simple practice has made a huge difference in my life. 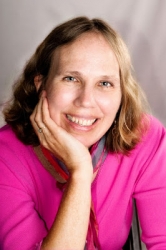