The Origins and Celebrations of Religious Holidays Throughout December 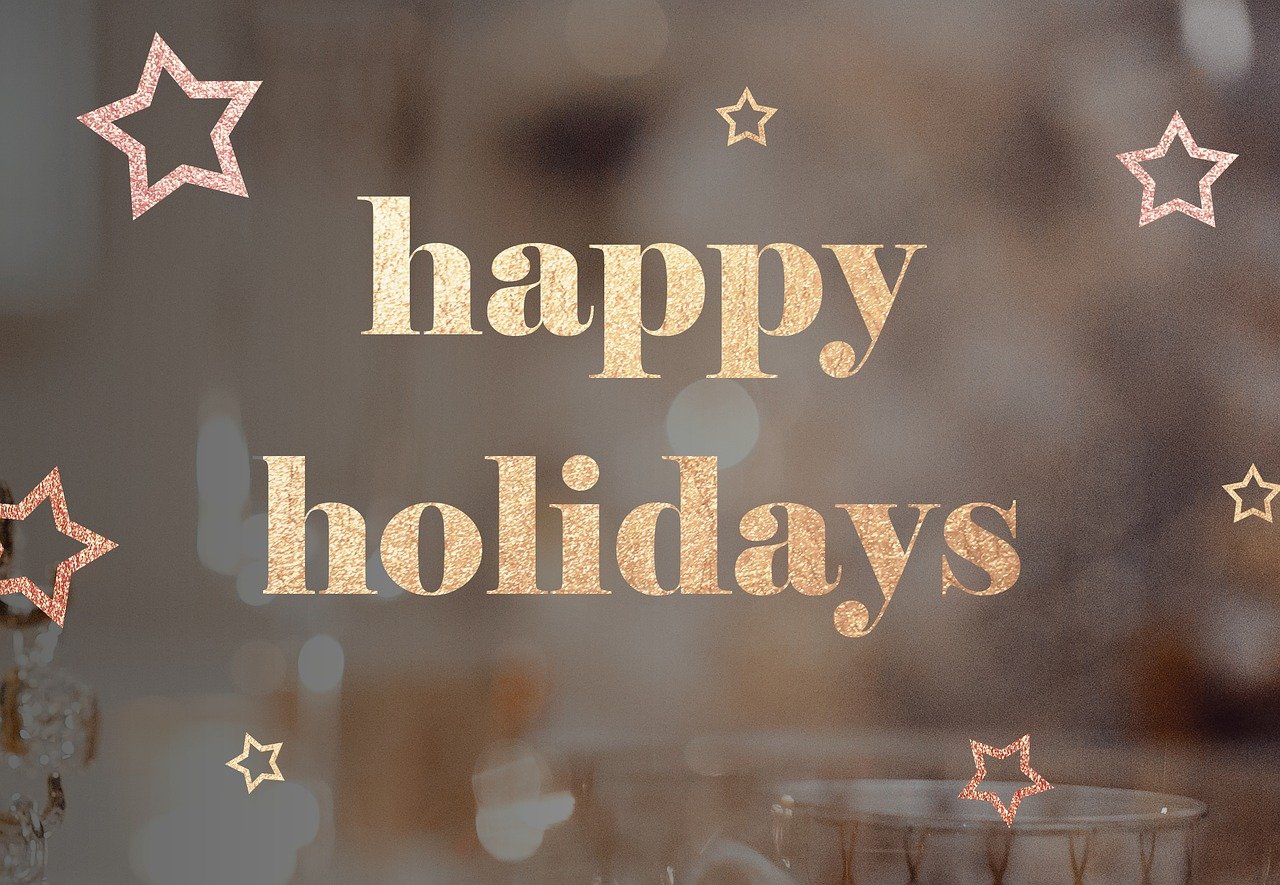 We’ve ventured into that wonderful time of year where we’ve completed the all-American Thanksgiving holiday with turkey, stuffing, family, and friends, and Black Friday stress and sales have come and gone. Now it’s time to say “Happy Holidays” because December emerges chuck-full of celebrations for people of so many religions and walks of life.

A Google search on December holidays informs me that Christmas and Hanukkah comprise the most celebrated festivals, but I think we’re seeing more diversity each year. Christmas occurs on December 25 every year as the time when Christians proclaim and praise the birth of Jesus Christ. Commercialized to the nth degree, Christmas takes a back seat to the most important Christian holiday, Easter, the observance of the day Christ rose from the dead. But Christmas certainly explodes as the most expensive and highlighted Christian and probably all-encompassing holiday.

Hanukkah also appears as the most well-known Jewish holiday although the holy day of the year for Jewish people always will be Yom Kippur, the Day of Atonement. Hanukkah 2021 began on the evening of Sunday, November 28, and concludes on the evening of Monday, December 6. “The Festival of Lights” proclaims the true meaning of Hanukkah, which means “rededication.” The holiday is 8 days long and celebrates the rededication of the Temple in Jerusalem in the second century Before the Common Era (BCE). The 8 days relate to the amount of time a single day’s worth of oil kept the menorah burning, and this allowed enough time to purify more oil. Thus, Jewish families light a candle each evening of the 8 days in remembrance of God’s provision.

Another Christian day of remembrance occurs on December 6 and honors the birth of Saint Nicholas, the saint who we see as the role model for giving.

Buddhists observe the “enlightenment of the historical Buddha” known as Rohatsu (or Bodhi Day) on the “eighth day of the twelfth month” or December 8. Citing the Buddha’s decision and vow to sit under the Bodhi tree until he reached spiritual enlightenment, the Japanese Buddhists adopted fixed dates for many holidays including the relocations of this holiday from the eighth day of the 12-lunar month in the nineteenth century. Rohatsu occurs on the last day of a weeklong sesshin, an intense meditation retreat with the spoken word reserved for only absolute necessities. The meditation time will be extended in length each evening as the week progresses. When possible, the last Rohatsu sesshin lasts all night.

Hispanic Christians observe Posadas Navidenas from December 16 -24 to commemorate Joseph and Mary’s journey to Bethlehem leading up to the birth of Jesus Christ. Posada, the Spanish word for “lodging” provides the basis for the procession moving from house to house and as previously arranged, all house residents turn away the travelers. Also, by prior arrangement, a host family or a church eventually welcomes the travelers, and all the people present kneel before a nativity. After the prayers, children bat and open a piñata which spills candies, nuts, sugar sticks, and dried fruits. Tamales and ponche navideno (sweet liquid full of fruits filling the house with the aromas of cinnamon and citrus fruits usually served from a large pot simmering on top of the stove) along with rompope (a Mexican drink with a taste similar to eggnog) will be offered.

December 21 may not be a holiday, but it celebrates the day the earth is most inclined away from the sun. The day known as the Solstice originates from the pagan (members believe in a religious, spiritual, or cultural community with a basis in worship of the earth) or wiccan (persons involved in a pre-Christian religion with a nature-oriented belief community) societies. The pagan people began the decoration of outdoor trees with hanging candles, the predecessor to the Christmas tree.

One of the oldest monotheistic religions, Zoroastrianism, is recognized on December 26 and honors the death of their prophet, Zarathustra. He is commonly known from the Greek form of his original name, Zarathushtra, which means “Shining Light.” His teachings provide the basis for the religion. The date of his birth is often in question. The Greeks concluded his birth took place 6,000 years before the death of Plato, which means about 6350 BCE. Archaeological remains in Turfan, China, place his birth as 1767 BCE, 2715 years after “the great storm.” Others believe the birth occurred 258 years before Alexander as the date derived from Persian writings (600 years BCE) and other scholars believe Zoroaster’s birth occurred between 1500 and 1200 BCE.

Although the smallest of the major religions in the world, Zoroastrianism might be the most important historically. The religion has roots in the proto-Indo-European spirituality that is believed to have produced the religions of India. It was the first of the religions of the world to be founded by an inspired prophetic reformer and became influential on Mahayana Buddhism and the Abrahamic religions of Judaism, Christianity, and Islam. These last three received their concepts of the struggle between right and wrong; the primacy of ethical choice in human life and a celestial hierarchy of spiritual beings (angels, archangels) who mediate between God and humanity; a judgment for each individual after death; the coming of a Messiah at the end of this creation; and an apocalypse culminating in the final triumph of good at the end of the historical cycle.

The end of December includes two Christian Holidays: December 28 – Holy Innocents Day – which honors the death of the children killed by King Herod when he commanded the deaths of all the young children in an attempt to curtail the prophecy stating a new King of the Jews (Jesus Christ) would be born and December 31, Watch Night, allowing a time for Christians to thank God for the safety they received during the year.

One of our newer holidays emerged in 1966 by Maulana Karenga during the aftermath of the Watts riots. Kwanzaa is the celebration within African American and Pan-African (the belief that people of African descent have common interests and should be unified) cultures and occurs from December 26 to January 1. Karamu, the communal feast, generally occurs on the sixth day. Kwanzaa brings a cultural message celebrated by millions within the African American community which reveals the best of being African and human in the fullest sense. The goal was to give Blacks an alternative to Christmas by giving them the opportunity to celebrate themselves and their history. According to Keith Mayes in Kwanzaa: Black Power and the Making of the African-American Holiday Tradition, the creation of such holidays also underscored the essential premise that ”you must have a cultural revolution before the violent revolution. The cultural revolution gives identity, purpose, and direction.”

Please forgive me if I’ve missed anyone’s valued tradition or holidays, but I sought to bring some education about the plethora of the celebrated days; I admit this was an educational task. And thus, I urge you to wish everyone “Happy Holidays!”