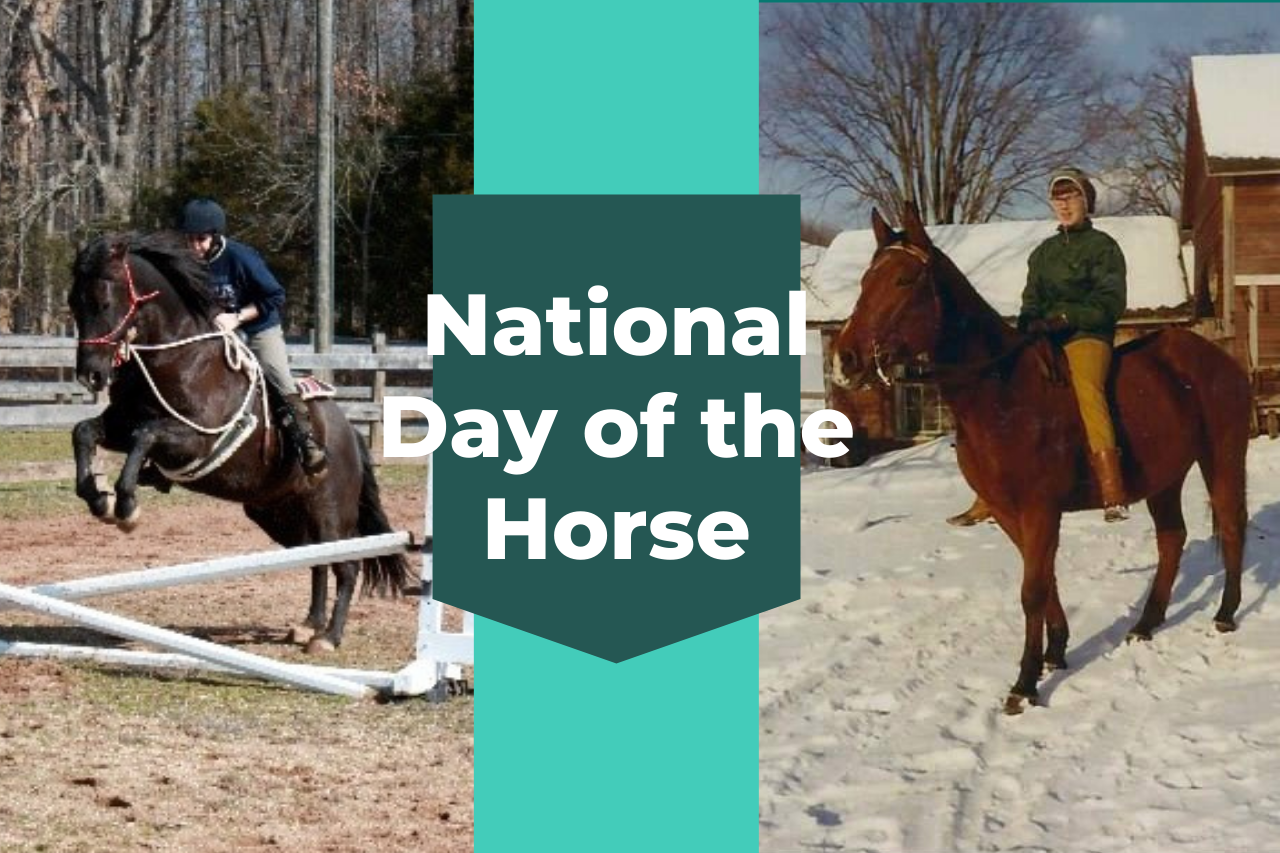 Some people, usually female, have an inborn love of horses, and I admit I resemble that remark! I think the first words I said could have been, “When can I have a horse?” Patience Prize was my horse in my teenage years, and we won many horse show ribbons and one championship. Sonny Madison has owned me since 2001 so we are quite the team. We’ve competed in Judged Trail Rides, but mostly we just enjoy running around as often as possible. Therefore, I realize the tremendous need to recognize the National Day of the Horse on December 13.

The origin of the animal we know today as “the horse” lives in debate about whether the horse evolved in North America, or the predecessor died out 11,000 years ago and became repopulated from Europe and/or Russia. However we got the horse, the animal’s contribution provides an important element in America’s history. The horse would lead soldiers into battle, clear forests to make important farmlands, enable people to hunt with more efficiency and speed, and it gave us multiple means of transportation.

Eventually, mechanically powered vehicles took over from the horse for work (plowing the fields and moving large objects) and transportation (individual horses ridden to get around and stagecoaches to transport groups of people). The sport of horse racing became popular followed by county fairs to showcase the horse’s strength and agility. Thus, people sought to show their skills with horses to the general public.

The horse became popular when reflecting back on the cowboy and the many uses of the horse in the Old West. Western movies and TV shows gave people a look into a world that still exists in many parts of the globe. Today the American Horse Council states the United States economy receives $50 billion and almost a million jobs directly related to horses. When looking at the ripple effect of the horse industry, a total contribution of $122 billion and 1.7 million jobs impacts the American economy.

Horses can also provide additional help in treating the symptoms of post-traumatic stress disorder (PTSD), anxiety, and other disorders. Many years after the horse participated in the cavalry and on farms as workhorses, they connect with people, and we as a society often rely upon them.

Although if we think about the tremendous impact of the horse on the growth not only in America but across the world, it’s surprising the actual National Day of the Horse wasn’t celebrated until December 13, 2004, when United States Senate Resolution 452 designated the date and the observation.

How do we celebrate this important day? Personally, I hope to go horseback riding and maybe make some special treats for the horses at our barn. Many movies and books on horses could be a part of my day like Miracle of the White Stallions, National Velvet, and Flicka. For a historical look at the horse, the National Day Calendar recommends The Horse: A Natural History by Catrin Rutland and Debbie Busby or The Horse in Human History by Pita Kelekna. Youtube features a documentary entitled Equus: Story of the Horse.

The Smithsonian Museum of Natural History contains the largest collection of horse skeletons and related fossils. Their exhibit has life-size models revealing the evolution of the horses and will be a valuable lesson for equestrians and history buffs alike.

The horse is and has undoubtedly been one of the valuable resources in the development of the world for centuries. How wonderful it is to have a whole day to celebrate these wonderful creatures!