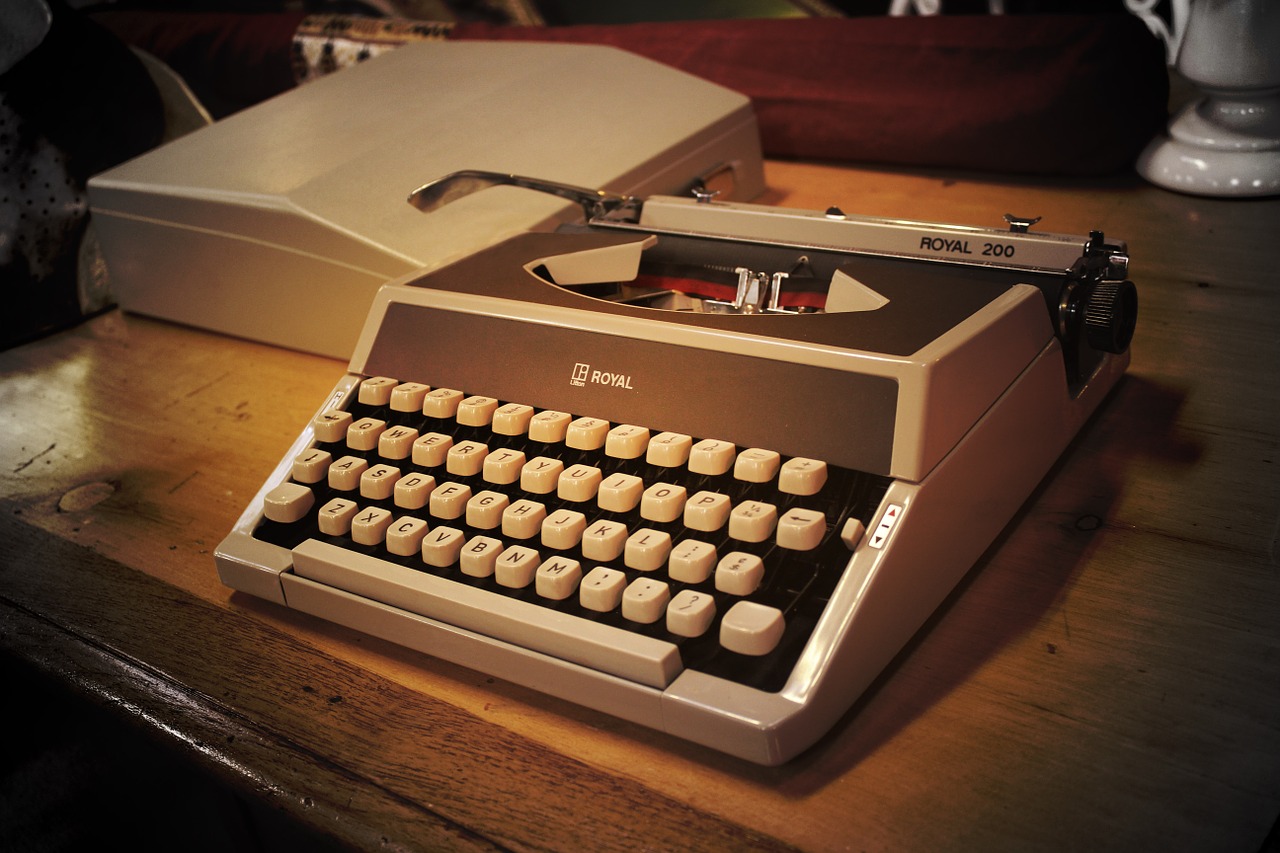 My mother could run through the QWERTY when she was an executive secretary with such speed that the boss bought her a silent manual typewriter, and she would type his correspondence as he dictated. Now that’s some pretty fast typing.

On January 8 we all give a moment of thanks to the folks who invented the typewriter (which morphed into a word processor and then the computers we know and love – well, sometimes we also hate – today) and devised the QWERTY keyboard.

Personally (and professionally) I don’t know anyone who does not use QWERTY when typing. I do remember thinking it was very difficult to learn to type, but we always had a typewriter at home, and I slapped my first keys at an early age. I am certainly a much better typist with a computer when spell check tells me I’ve made a mistake. Although I can type rather well, I really am nowhere near as proficient as my mother. She didn’t even have Liquid Paper! My goodness, when my job required me to type, I should have bought stock in that sticky white stuff.

I also think every student should have to type a term paper complete with footnotes on a typewriter at least once because, wow, the computer simplifies the task by leaps and bounds. Noteworthy also is a class a few years ago during the January term called Winter Study at Williams College in Williamstown, Massachusetts, where one English professor taught a class involving typing on a typewriter. Now that’s education!

Although the actual facts remain unclear, apparently the 1873 typewriter had 43 keys and a decidedly counter-intuitive arrangement of letters.

Christopher Latham Sholes, a printer and journalist from Wisconsin, patented the first typewriter in 1868, and the first format debuted on July 1, 1874. His original keyboard included the second half of the alphabet in the top row and the first half on the bottom row. Because certain keys (like “s” and “t”) were close together they could often jam.

The next attempt at a keyboard looked like this:

Notice there is no zero and no number 1. A lower case “L” or “l” was used for the number one and a capital “O” was used for zero. I remember our typewriter at home didn’t have a 1 or a zero.

Somewhere along the line before the typewriter became available for sale, the QWERTY keyboard became the top choice. This title with these letters refers to the first six letters across the top of the keyboard. More than 100,000 QWERTY typewriters were in use across the country by 1893. The top five typewriter manufacturers used this keyboard and hence it is still in use today.

I already knew how to type when I took a typing class in high school, but we had an IBM computer when my children were young, and they learned to type and to keypunch when I bought them “Typing Tutor” software. My daughter (five years older than her brother) learned to type in a day; my son learned in a week. Such a valuable lesson.

World Typing Day began in Malaysia and the first celebration occurred in 2011 when the Speed Typing Contest entered into the Malaysian Book of Records, one for the fastest typist and another for the largest participation in a typing event.

In the late 1800s, the world typewriter championships focused not on the typist but the machine. Later Rose Fritz participated in the World Championship in Chicago in 1906 and won the competition with a speed of 82 words a minute. Albert Tangora set a world record speed for continuous typing on October 22, 1923, by completing 147 words per minute for one hour. After resting he typed 159 words in a one-minute timeframe. Tangora’s record on a manual typewriter has never been surpassed.

Suggestions for celebrating this auspicious day include:

Typing and QWERTY certainly play a major part of many of our lives. If you can type, be thankful; if you can’t, try learning. It’s a valuable skill!