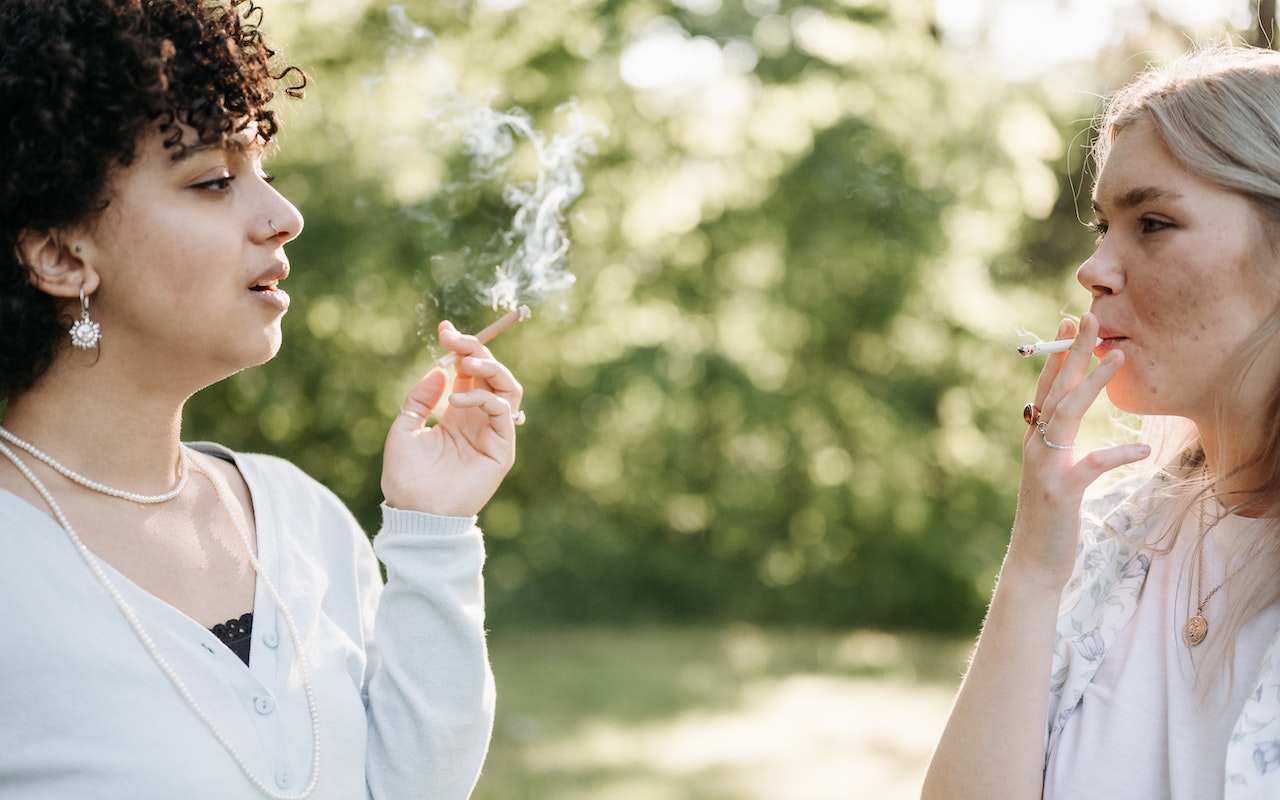 Why do people smoke when it’s so bad for every part of one’s body, including hair, fingernails, and complexion? Cigarettes are full of chemicals designed to get people addicted, and it becomes even more difficult to stop smoking than to kick a heroin addiction. Smokers become exposed to a toxic mix of over 7,000 chemicals each time they inhale cigarette smoke. Not to mention, non-smokers who are around smokers can become extremely ill from secondhand smoke.

Most smokers start young because it used to look cool, and photographs of stars from the 40s, 50s, and 60s often showed the person holding a burning cigarette with the smoke shimmering up in the photo. Marlene Dietrich, Lucille Ball, James Dean, and Brian Keith (as shown in The Parent Trap movie) are only a few of the actors who included a lit cigarette in publicity photos. In 1952 actor Ronald Reagan was featured in an advertisement stating he was giving all his friends cartons of Chesterfield cigarettes for Christmas. Old movies often include almost excessive smoking. No wonder so many people thought cigarettes were wonderful and probably never realized they are feeding a strong addiction.

Can anyone justify putting hydrogen cyanide, formaldehyde, lead, arsenic, ammonia, radioactive elements (such as polonium-210) and benzene in one’s body? Because this is a short list of what cigarettes contain along with the very addictive nicotine. And there is no safe smoking. Light, low-tar, and filtered do not mean safer cigarettes, yet people often inhale them more deeply or smoke more of them.

Smoking cigarettes harms nearly every organ and organ system in a person’s body. It can cause lung, esophagus, larynx, mouth, throat, kidney, bladder, liver, pancreas, stomach, cervix, colon, and rectum cancer, as well as acute myeloid leukemia. Chronic obstructive pulmonary disease (COPD) can be traced to cigarette smoking; this refers to a group of diseases that cause airflow blockage and breathing-related problems including emphysema and chronic bronchitis.

Quitting smoking can prevent a totally avoidable risk of cancer and COPD.

But it won’t be easy. Some people quit cold turkey which means they put out a cigarette and just don’t have another. The craving can be curbed by eating carrots or other fruit because that freshens the mouth. The nicotine patch is available through doctors and online resources or the local drug store. The “patch” is actually a series of patches that one sticks to one’s arm, and each patch contains less nicotine than the one used before, so the person is weaned off gradually. People join support groups, look for online resources, and ask their doctors for help. They may limit the number of cigarettes each day until they really don’t want to smoke another one – it is possible.

Anyone can quit smoking. It just needs to be important enough to gain back one’s health for the individual, their family and friends.