Understanding Your Pet’s Communication May Save Their Life 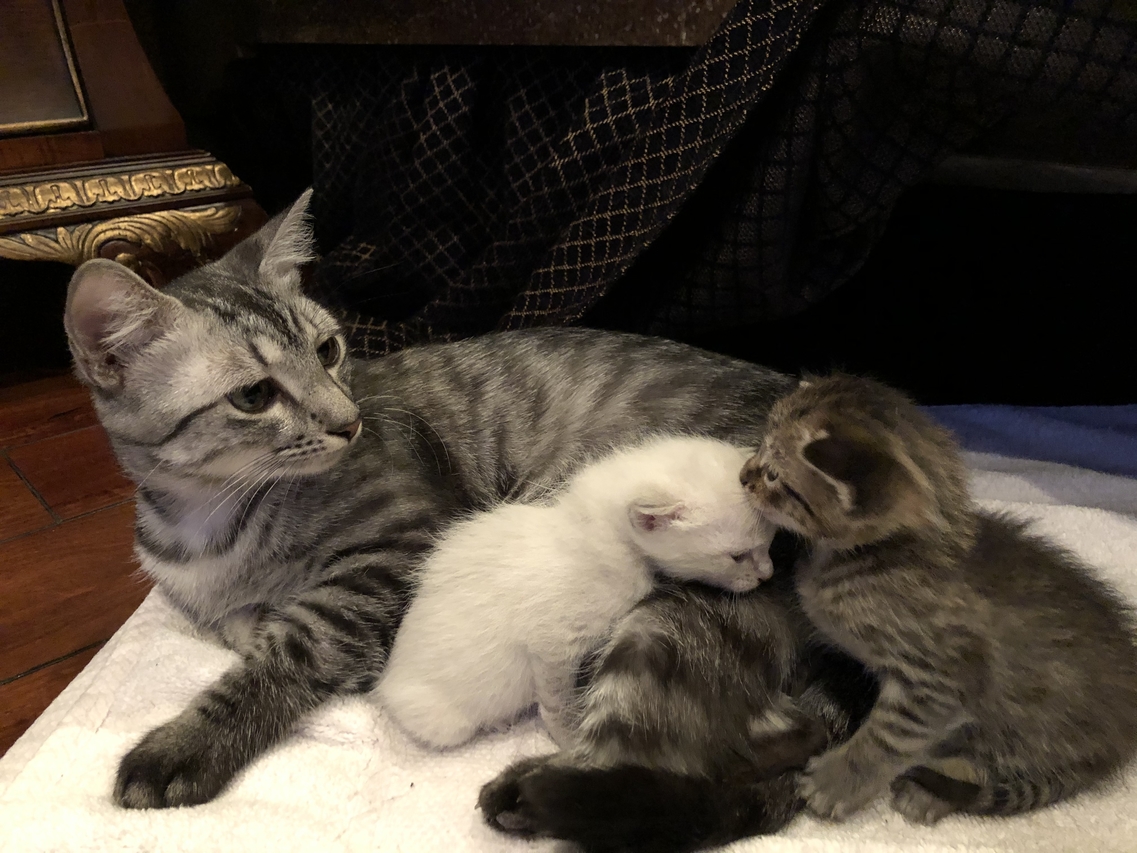 Wish I knew what my pet was trying to tell me.

A wise person once told me, “In your lifetime you will have multiple pets, but in your pet’s lifetime they will only ever have you.”

Ruby, once a stray kitten who pranced around my family’s backyard, slowly began to warm up to us. After many weeks of giving her food, she finally gained the confidence to come inside our home. She lived in our house for approximately a year, and our relationship was gratifying.

She was a loving, lap kitty who was friendlier than most cats you may encounter. But one fateful night, she climbed out of an open window and disappeared into the darkness. She returned home only one hour later, and after a few weeks had passed her belly was increasing in diameter. She was pregnant, and our home was soon to gain a few more furry friends!

Two beautiful kittens were born, Simba and Snow, and they had notable differences from the first day they met. Aside from drastic differences in fur color and pattern, Simba was always bigger, more active, more playful, and had a greater appetite. We attributed their differences in size, appetite, and activity to the fact that Simba was a boy and Snow was a girl. And for any differences in calmness, we assumed these were due to differing personalities.

Both kittens had their shots during their check-up visit with the veterinarian and both were presumed to be healthy. Shortly after the kittens had finished nursing, Ruby’s behavior became extremely different than what we were normally used to. Suddenly, Ruby started to act erratic and frantic. The second that any of my family members would walk near her, she would run and hide. Her behavior, to us, did not seem to make sense.

Nearly six months after the kittens were born, their differences in size and activity became steadily more apparent. One night — seemingly out of the blue — Snow became acutely ill. Her abdominal muscles were visibly straining with every shallow breath that she took, and we knew that we had to get her to the animal hospital as soon as possible.

Later that night, after a chest x-ray had been performed, we learned that Snow’s heart and kidneys were both dramatically enlarged. After a few days of meaningful improvements in her condition at the animal hospital, Snow suddenly passed away.

When one cat left our life, another came back.

While mourning the loss of Snow, we were very surprised by the fact that Ruby quickly became warm and loving shortly after her offspring’s passing. My family has since pondered this to a great extent: why would Ruby act erratic when her loved one was alive and seemingly relieved after she was gone?

Perhaps she knew that her baby was sick. Perhaps her frantic behavior was her own way of telling us that something was not right.

We cannot talk with our pets nor can we ask them to state what their problems are. Instead, we have to learn to adjust to our pet’s own form of communication, and we need to heed their warning signs in order to better understand how they are feeling.

How to know when your pet is acting differently.

Pets may exhibit behavioral changes in many different ways including increased grooming, urinating outside of the litter box, hissing or participating in other acts of aggression, excessive hiding, or inconsolable meowing/barking.

Oftentimes, a change in your pet’s behavior can be a sign of an underlying health problem. For example, if your pet suddenly starts urinating around the house this may be the sign of a urinary tract infection or an underlying kidney condition.

However, you shouldn’t always assume the worst-case scenario. Relatively sudden changes, including excess urination, could simply be a sign of increased stress. This is typically encountered in multi-pet households where there may be competition for a food bowl or for a litter box.

What to do if your pet is exhibiting behavioral changes.

If you notice changes in your pet’s behavior, the safest thing for you to do is take your pet for a visit to your local veterinarian. While most behavioral changes may appear meaningless, they can be significant indicators that an animal is under duress. Your veterinarian will be best suited to ensure that your pet’s behavior is not being caused by a medical malady.

If a medical illness is not the culprit, then you can likely blame your pet’s changes in behavior on stress. If you live in a multi-pet household, you need to ensure that each pet has adequate access to a food bowl, water, and their own litter box.

Litter boxes can be a common place for territorial aggression among cats. The general rule of thumb to help keep your cats happy is to have one litter box per cat plus one extra. It is also beneficial to have multiple food and water bowls.

With dogs, stress can be greatly reduced with increased exercise. Make sure that your dog has the right sized leash when attached and bring them to a safe space where they can be released—feeling free to roam around.

For smaller critters, searching for your pet’s signs of communication can prove to be more challenging. Continue to look for changes in their daily routine and be proactive with their health just as you would for any dog or cat.

Enjoy every moment in life with your pet.

I think that it is important to spend extra time with your pet—regardless of its age—and to truly be appreciative of those special moments. I would have never guessed that my pet, Snow, would only ever live to be six months old. If I had known this fateful fact, I would have spent more of my time with her.

No one ever wants to feel as though they didn’t spend enough time with their companion. Make the most of your time with your furry friend, take them on regular adventures, and don’t be afraid to splurge when you buy them their favorite treat.