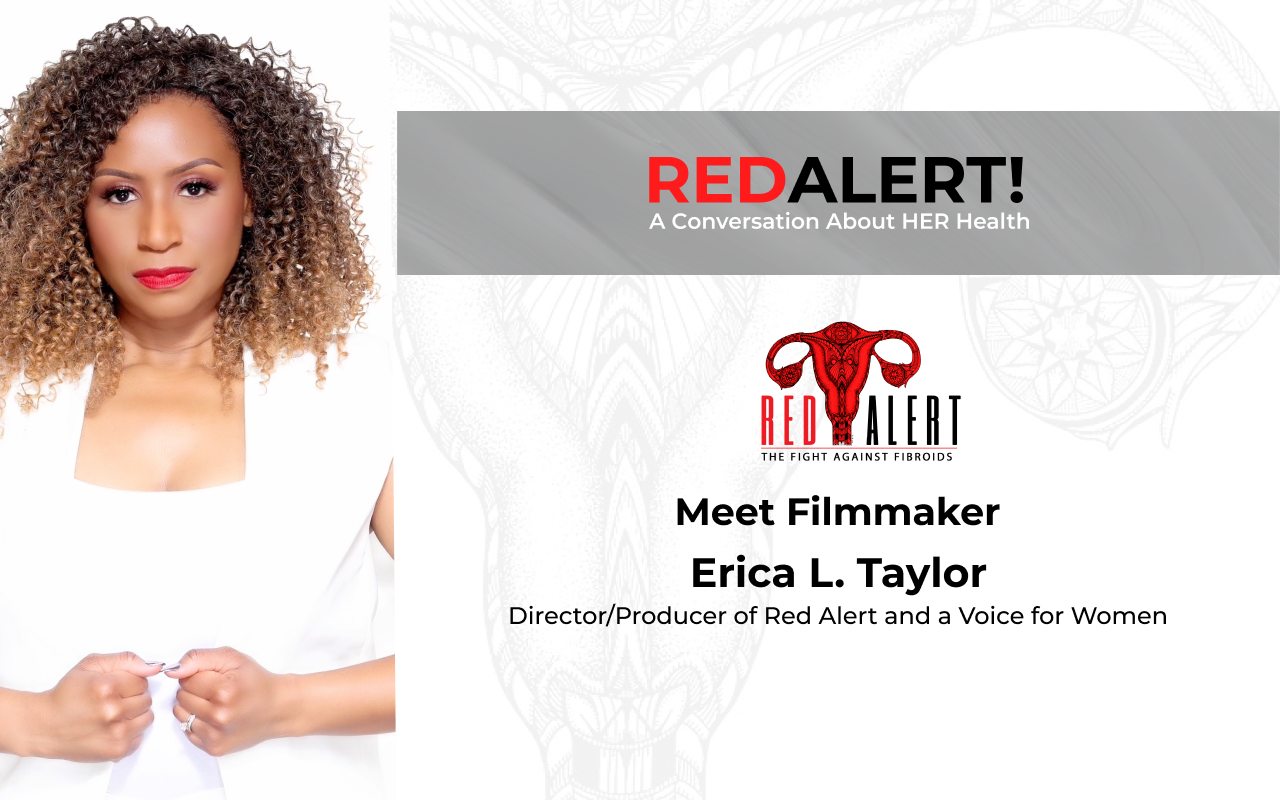 When filmmaker Erica L. Taylor determined to tell the story of her and other women’s battles with uterine fibroids with a documentary, Red Alert: The Fight Against Fibroids, she wasn’t exactly sure where the journey would take her. I took a few minutes to catch up with Erica and hear the latest on all things Red Alert.

The Start of the Journey and Where We’ve Been

Since filming began on November 1, 2019, Erica has been to numerous cities, capturing the stories of fibroid sufferers and the medical professionals who are in the trenches with them. “The uterine fibroid battle is such a prevalent disease, but women are in the shadows with their pain, suffering in silence,” Erica relates. “I had no shortage of women who were ready to share their frustrations with fibroid symptoms.” Erica has been to Dallas; New York; Miami; Atlanta; Washington, DC; Rochester, Minnesota; Montgomery, Alabama and Ann Arbor, Michigan. She is also poised to film in St. Louis and Philadelphia. “This has been a remarkable journey!” she shared. “Some documentaries can take ten-plus years to complete, and we have made some amazing strides in three and a half years!”

Part of what’s made this journey so impactful are the leading research scientists in uterine fibroids who Erica has met and interviewed for Red Alert. At the Mayo Clinic in Rochester, she met with Dr. Elizabeth (Ebbie) Stewart, Gynecologist and Reproductive Endocrinologist, with a long-term goal of her research to develop prevention strategies for fibroids. Another interview took place with Dr. Elizabeth Marsh, Professor of Obstetrics and Gynecology at the University of Michigan Medical School and Chief of the Division of Reproductive Endocrinology and Infertility, whose research focuses on uterine fibroids and reproductive health disparities. Researchers are ready to talk openly about fibroid awareness and education. These doctors, in particular, have made it their personal mission to make significant discoveries about fibroid behavior so women can have a better quality of life. “These doctors were so impressive and so willing to share their stories,” Erica stated.

Where We Are…The Partnership and the Upcoming Event

Erica has partnered with fiscal sponsor, Her Nexx Chapter, who is helping to raise funds to complete the filming of the documentary. Coming up next week is RED ALERT! A Conversation About HER Health, a virtual event featuring experts and advocates in women’s medical health and wellness. Attendees will learn from a Reproductive Health Medical Panel as well as a Holistic Healing/Health and Wellness Panel. A vegan celebrity chef has authored a cooking guide to serve women with fibroids and will provide a cooking demonstration. Participants will see exclusive footage from the Red Alert documentary and will be able to interact live with the panelists, the chef and others. Be sure to join Erica on Tuesday, July 19 at 6 pm ET. The event is free, but you must register here.

With an update on funding Erica stated, “We have currently entered into our second fund-raising cycle and during our first 2022 cycle, we’ve raised over $100,000 from advocacy groups associated with reproductive health rights and justice.”

As a way to connect with a broader audience, Erica chose to use significant art and jazz music to tell the stories of women with uterine fibroids. The film will carry an original score with a jazz improvisation and classical music as arranged by Grammy Award-winning composer Leon Lacey. “A jazz ensemble carries multiple ‘parts’ moving at once, much like the female reproductive system. When any part of the womb’s physiological structure defies or challenges the other, her hormones are thrown into disarray and her body experiences chaos – each function tirelessly working to compensate for any shortcomings,” says Erica. Along with the colorful soundtrack, the film will intertwine pieces from renowned and contemporary fine artists such as Elizabeth Catlett, Niki de Saint Phalle, and New Age Detroit muralist, Sydney G. James, with works that illustrate both the power and delicacy of women.

Erica has made other artistic alliances.

She has collaborated with The Artists Rights Society who are the rights holders of works from Romare Bearden and Faith Ringgold, renowned African American artists. Additionally, since she began to travel this path as an Impact Producer, she has connected with international organizations like the Documentary Producers Alliance where she was recently elected to their Board.

Erica’s involvement in politics around uterine fibroids will also extend the outreach of Red Alert. She said that she looks forward to engaging with politicians who focus on reproductive health justice. She plans to get more involved with reproductive legislation in Washington, DC.

This fall she also greatly anticipates being in collaboration with Morgan State University in Baltimore, Maryland, as they feature the Red Alert brand and mission in their Community Public Health Program.

So, what’s on the Red Alert path after that? Erica said, “We want the documentary to be done by the end of the year, but we’re leaving it in God’s hands.” With all of the powerful experiences and awesome alliances created thus far, we can certainly understand that!

Erica would like to personally invite you to watch RED ALERT! A Conversation about HER Health, a virtual summit about uterine fibroids and the women whose lives they impact, based on the upcoming documentary Red Alert: The Fight Against Fibroids directed by Erica L. Taylor. You won’t want to miss this!

To make a donation to the Film Finishing Fund for Red Alert: The Fight Against Fibroids, please click here. 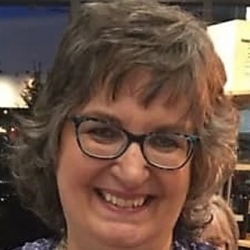