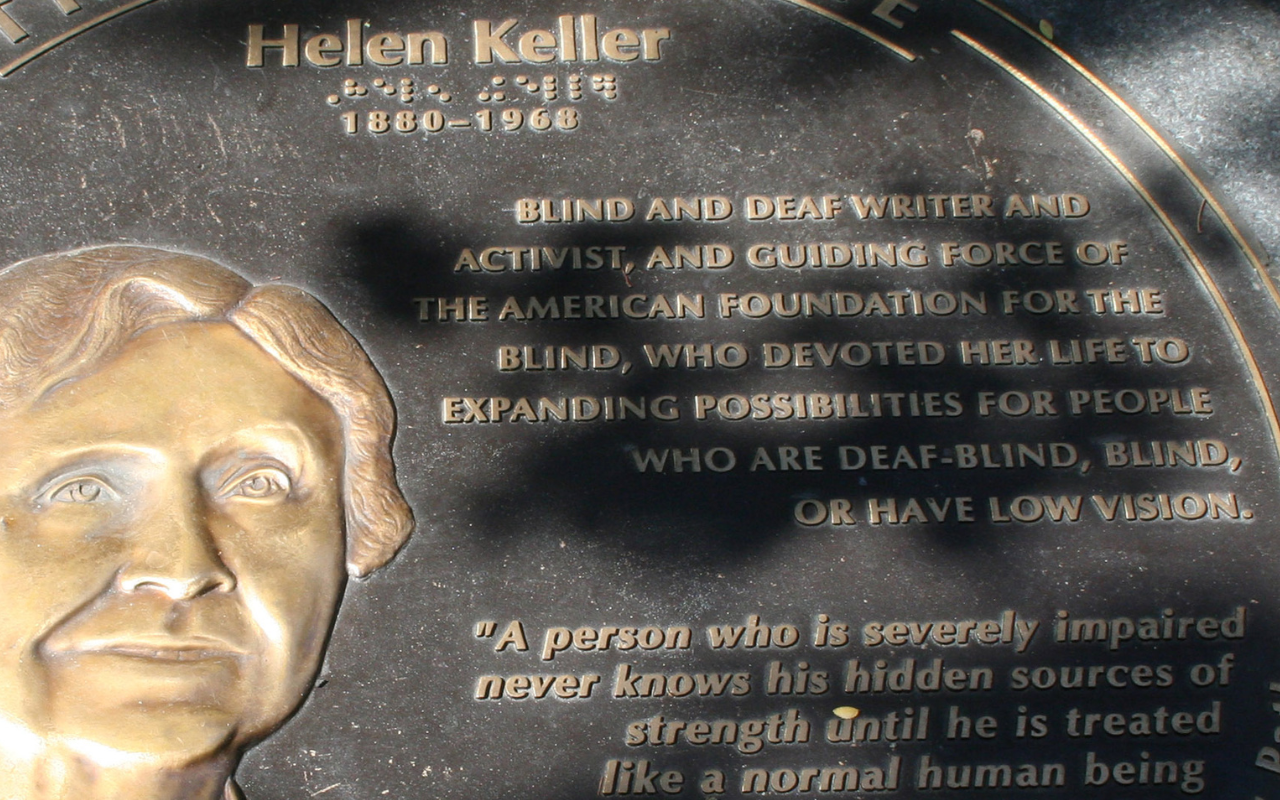 I am addicted to a clock, more specifically the clock app known as TikTok. I discovered TikTok as many of us did, during the global pandemic. I thought it would be fun to watch silly people do silly dances. My love of TikTok was then heightened when I discovered that you could learn so many helpful things from everyone on the app. The app is driven by trends, dance trends, cleaning trends, beauty trends, and I have loved every one of them. But about six months ago, I saw a trend that made me question my reality. The trend was more of a conspiracy theory, and the longer I was on the app the more posts I saw about the theory. The theory was that Helen Keller was never a real person.

Post after post kept stating that the person, Helen Keller, the woman who I learned about in school for accomplishing so many groundbreaking triumphs, was imaginary. How could my favorite app be so wrong? SO off to the interwebs I traveled, certain in my knowledge that Helen Keller was a real living being.

Here’s what I knew already. Helen Keller was blind and deaf, but she was not born that way. It is believed that she lost her hearing and sight when she was about 19 months old, from a terrible viral infection. I also knew she authored several books during her lifetime. What I didn’t know is that Helen Keller was highly educated.

Helen Keller was born June 27, 1880, in Tuscumbia, Alabama. When she was seven, she met her first teacher, Anne Sullivan. Anne taught Helen how to communicate, read and write which enabled Helen to pursue activities that no one ever thought she could accomplish. She attended Radcliffe College of Harvard University. She was the first deaf-blind person to earn a Bachelor of Arts degree. She also went on to write 14 books that are widely acclaimed to this day. Helen Keller was not one to rest on her laurels; she became a civil rights activist and was a founding member of the American Civil Liberties Union.

So many of us know Helen Keller’s story from her 1903 autobiography, which was then turned into a play, which was then adapted into a movie, The Miracle Worker. What we may not know is that she was instrumental in raising money for several charities, such as the NAACP, the suffragist movement as well as The Socialist Party of America. Helen was a champion for the poor and disenfranchised; she believed that children born into poverty should have the same opportunities that she was granted.

When she died on June 1, 1968, at the age of 88, her birthplace became a National Historic Landmark. Helen Keller stood for so many of the values we still strive for today: Equality, justice and equal rights for all. She was a living embodiment of what America strives to be, and yes TikTok lied to me; Helen Keller did in fact exist. Not only did she exist, but she flourished.